Saturday, November 26th, Mr. Wilfried Bolewski held a workshop on diplomacy and crisis. A trusted observer of international policy making, he is the former German ambassador to Jamaica and Commonwealth of Bahamas, and a current professor of International law and diplomacy. 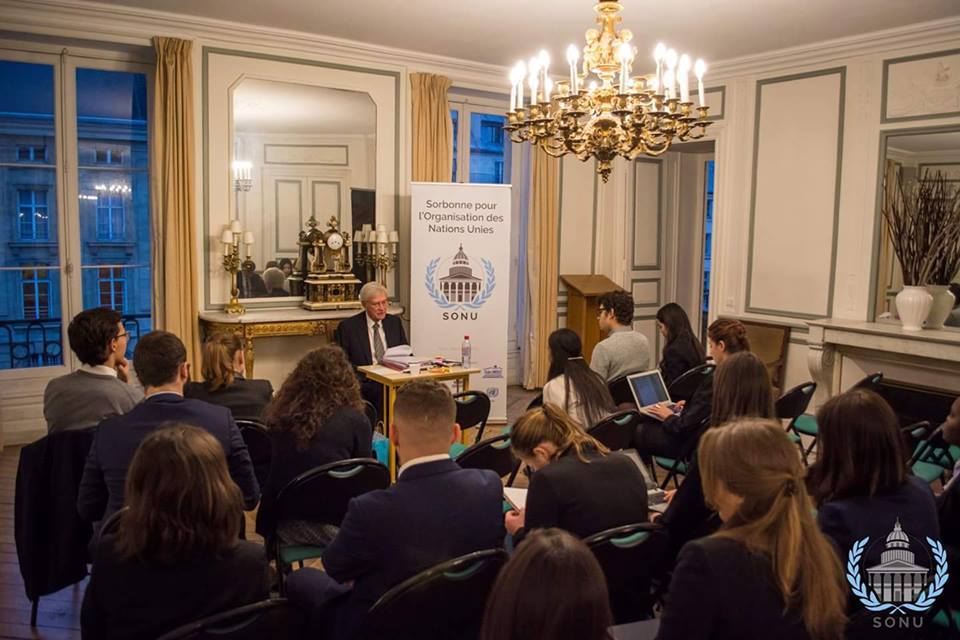 The traditional catalogue of functions is mentioned in the article 3 of the Vienna Convention (but these are just exemplary functions):

Thus, the diplomat is part of a bureaucratic hierarchy.

The main interest nowadays is developing an enlarging diplomatic community. There are many more actors and issues than before (for instance: climate change, technologies). There are a whole of government diplomacies, which create layers above, below and beyond the state. Diplomacy has become more and more transparent. These enlarged diplomatic spaces lead to changing diplomatic roles and resources, which involves entrepreneurial and innovative sense. It leads altogether to a new cast: transforming mindsets into a societal diplomacy. We’re living in an inclusive diplomacy, an enlarged diplomatic community. Thus, the public dimension of diplomacy is central.

The practice of diplomacy consists of studying relationships and networks, in a world where conventional wisdom has failed. Experiences of the past are not necessarily what should influence the decision making of the future: there is a need for defying diplomatic conventions through innovation, to translate goals into results. Each crisis is unique, corresponding to specific needs. There are contextual constraints which come from high expectations. However, the general public takes part of the diplomacy. To sum up, diplomacy is a continuum in which the main objective is relationships, not just the outcome. Diplomacy does not create winners and losers. If diplomacy were only about outcome, it would be ambiguous…

Diplomacy and or for crises

The need for diplomatic decision making for the management of conflict resolution is emerging even more strongly in the 21st century. In a new global context of multiplicity, diplomacy can make it through new analytical thinking. There is a need to adapt policies to changing realities, and not the opposite.

The role of ethics

What shines through the expectations of the global public sphere are ethical demands, which request the participation of all actors. There is a common expected prerequisite: the doctrine of the “pacta sunt servanda” involves the idea that legal engagements must be held by those who make them. This involves rational choices in diplomacy (even though nothing is rational in policy making), which are determined by public expectations. All decisions would have to be justified in public by rationality, even though none would have actually been taken by rational choices. Indeed, emotions and personal bias exist in decision making. However, this is not the only driving force: it must be matched with the ethical consciousness of public expectations. This generates a need for ethical skills, with no prioritizing: harmonization of values is the key to good policy making. National interests can thus be translated as the public pressure imposing values and needs on the decision maker.

This means taking into account each national interest: there is not only “my” national interest, as a State could argue. There is a need for moral reasoning, a need for a mental revolution and a change of mindsets. Blaise Pascal actually theorized that power rules the world, not opinions. However nowadays, it is opinion that exploits power. It is all about influence. Reasons persuade but emotions motivate. Events are absorbed by anyone through a certain personal bias. Thus, the duality reasons-emotions must be turned into policy making.

Emotional affect is about how we frame policymaking and make decisions. Emotional diplomacy suggests the need to develop and deploy emotional intelligence. It a mode of diplomacy that argues against rational calculations (eg: cost-benefits) and believes that diplomacy should never be about money. Diplomacy is likely to be compared with chess… but diplomacy resembles more jazz, because improvisation that comes with the emotionality.

What are the keys of diplomacy? Leadership is put in correlation to public opinions. The only thing that counts is the perception of the other, its acceptance – even though your intentions may be good. It is called the “prospect theory”: gains and losses are to be framed subjectively.

Crises must be seen as a new normality, since conflict is a regular feature of the international stage. The former rule in status quo becomes the exception, and the exception, the crisis, becomes a new normality. Change is the only constant in international relations.. Conflict should be seen as inter-societal and interactive process, driven by collective needs and fears.

Identity conflicts are driven by the search for recognition, acceptance and reputation, and the move towards a new identity. A new need for inclusive engagement emerges. Exclusions and perceived humiliation are not a good basis for problem changing. The driving force should be the global public square.

The importance of psychological diplomacy

The human factor must take precedence in policy making over variables: it is much more about the psychological specificities of the actors, the emotional intelligence, rather than rational choices. Indeed, nobody in real time can have the objective picture of the situation: it’s in the emotional perceptions that lies the solution for a conflict, connected with diversity of the situation, the conflict. In the past years, we can observe the creation of “Behaviour insight teams”: policy units are creating structures, in which psychology is absorbed and put into practice into policy making (Danish government, Cameron’s, Merkel’s).

Since the past decades, there has been a growing mediatisation of diplomacy on the domestic, international, and global public sphere. This is a three-level game. But it’s not a game actually: nothing nowadays remains secret in diplomacy. It is only a matter of timing for secrets to be revealed to the public sphere, at any level.. We can notice a temporal sequence of influence: the media features an event, governments feed an assessment (justification of policy), media reacts with the public, helped by expert and critiques… Thus the media are continuously feeding the public square, with the will of guiding it. There is moreover a personalization of policy: issues are linked to personalities, carried by a person.

Different tools for a successful diplomacy

Before : the loud-speaker effect prevailed. Now, there is a need to listen to the media, the public opinion, and other diplomats. Know your audience, its culture. Be realistic and truthful. Listen to the perception of others. Evaluate and react to criticism to change of policies. To be effective you have to be quick and thus well-prepared and courageous. Humour, rhetorical skills, emotion content, word chosen. But be aware that the best humour should always be on yourself! Be self-critical. 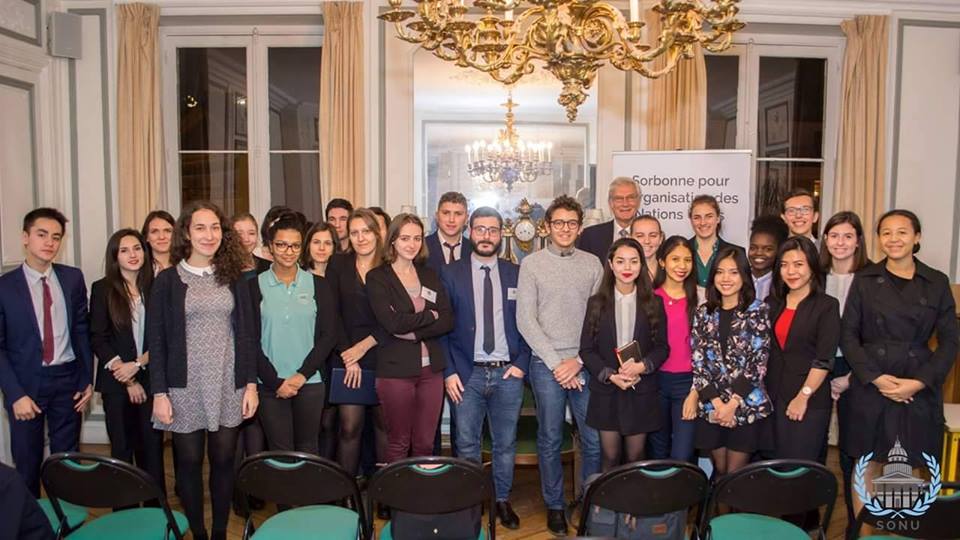